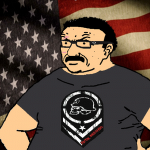 Decepticon Tony, here to bring tyranny to edits here in favor for my lord Megatron.

I became interested in the series when I was 4. The first TF I got was the Armada series Scavenger, then Optimus and Hot Shot and so on. I am a major fan of the Transformers franchise, thus, I have decided to start editing here because I have knowledge of the Autobot's and Decepticon's names, goals, and war... hopefully I am not interrogated into submission by Autobot Wing Saber to give up what I have.

Retrieved from "https://transformers.fandom.com/wiki/User:Tony_1998?oldid=408227"
Community content is available under CC-BY-SA unless otherwise noted.