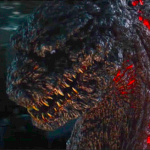 I am a huge HUGE Transformers fan because Revenge of the Fallen led me directly to watching Animated, G1, and the PRIME TV show. I wasn't born until 1996, so i never watched Beast Wars, G1, and I'm American (actually Korean American) so i never got to watch the Japanese G1 spin-offs as well.

I never got to watch ANIMATED on Cartoon Network when I HAD THE CHANCE!!!! Damn it. I did however manage to buy the ANIMATED bandages they were selling at a Korean-traditional grocery market downtown where I live, and it had all of Optimus, Bumblebee, Megatron, Starscream, Ratchet, Bulkhead, and Prowl. Though it makes no sense that a Decepticon would be designed onto a medical tool for a human being because they take pleasure in killing humans, especially the live-action movie Decepticons.

I don't have the Hub connected to my direct TV satellite, so I can't watch PRIME except for when the HubWorld website does upload episodes, but they usually have only 1 to 2 episodes at a time, usually the most recent one.

I will try to make sure Transformers: Prime gets enough data on this wiki, because it will soon be their 1st birthday in 2011, and they already hardly made any major data establishment on this wiki. I can't get any high-quality photos because it's copyright infringement, and I'm not that great at sort of "decorating" articles other than just typing down data. Thanks for reading!!

Personal Data about Myself

I love drawing and I love watching Transformers TV show episodes. I didn't see the Transformers 2007 movie because I wasn't interested in it "YET" and the only movie i went to see when that was in theaters was The Simpsons Movie. I give Transformers (2007) a B minus, it was great, but I thought Michael Bay should have put more exciting scenes with the robots in it.

Transformers: Revenge of the Fallen (2009) now THAT i went to see cause these 7th graders were crazy about it and told me about it. I wished I just bought the Transformers 2007 DVD to watch before seeing it in theaters, which my mom insisted, but yet i decided i just couldn't wait to go see it cause it currently was a major motion picture (i love those words). I didn't really LOVE it, but i didn't hate it, i give it a 6.2 out of 10.

Transformers: Dark of the Moon (2011) was JUST amazing. I was so glad that they moved the release date up from July 1st to June 29th. I went to see it at the 3:00 time slot at the United Artists Theatres in La Canada, Glendale, CA on June 29th. I drank a large soda and I had to wait 3 hours. But those 3 hours (especially the last 2) were amazing. The 1st hour is stated as, "Uh yeah, the drama just keeps being the same" but then the next 2 hours are, "OH MY GOD WHAT THE HELL IS GOING ON??! EVERYTHING IS GETTING BLOWN UP!!" I give it a 10 out of 10. So far it's my favorite movie.

Retrieved from "https://transformers.fandom.com/wiki/User:Godzilla101?oldid=386533"
Community content is available under CC-BY-SA unless otherwise noted.