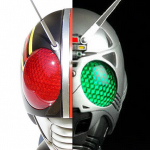 I remember the first transformers figure I ever got was RID Prowl, though I had no idea what he was at the time.

The first TF animation I ever saw

The first transformers I ever saw was the original movie. a couple months later I saw part of Season 3, so I didn't see seasons 1 and 2 'til several years later.

Figures I want to get

Retrieved from "https://transformers.fandom.com/wiki/User:Black_feather?oldid=342107"
Community content is available under CC-BY-SA unless otherwise noted.