Start a Wiki
The name or term Ultra Magnus refers to more than one character or idea. For a list of other meanings, see Ultra Magnus (disambiguation).

―Ultra Magnus. You are no Optimus Prime.

Ultra Magnus is the commander of the Wreckers and the Elite Guard who also wields a massive hammer.

Ultra Magnus is a playable character only in the DS version. He turns into a Cybertronian truck that bears a similarity to his G1 truck form. 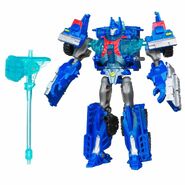 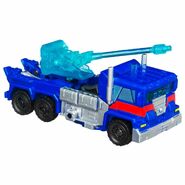 Retrieved from "https://transformers.fandom.com/wiki/Ultra_Magnus_(WFC)?oldid=426068"
Community content is available under CC-BY-SA unless otherwise noted.