2007-2009
Transformers Animated is a Japanese-American animated television series which debuted on December 26, 2007, as part of the franchise of the same name.

The cartoon is produced by Cartoon Network, scripted in the United States, with character and background designs by the crews behind shows, like Teen Titans and Ben 10, while 2D hand-animation is being provided by Japanese studios Mook, The Answer Studio, and Studio 4°C.

Also from Takara and Hasbro.

Animated follows the adventures of a small crew of Autobots, who come into possession of the all-powerful AllSpark artifact. Stranded on Earth and living among the population of Detroit, they face off against a series of human villains and their mighty Decepticon foes, who seek to possess the almighty and infinitely powerful AllSpark. Though they were originally a lowly space bridge repair crew, these five Autobots must rise to their circumstances to deal with threats large and small.

The series eschews the ever-continuing space opera storylines of the Unicron trilogy cartoons to return to the episodic approach of Beast Wars; most episodes are standalone stories, but with larger story arcs that stretch through the whole series. The focus is on characterization, dynamic action, and humor.

The episodes center not only on the war between the Autobots and the Decepticons, but also on the Autobots' interactions with many of Detroit's human supervillain denizens, including a maladjusted marksman, a speedy racer, and a guy who looks good in a pimp suit. The idea is to present the Decepticons as more of an ongoing background threat instead of having them be repeatedly defeated each episode and look like bumbling fools. The arrival of a Decepticon in battle is a big deal, requiring multiple Autobots working together to stop even a single one. The human villains give the Autobots "everyday" threats, and some of their schemes are the result of Decepticon treachery. Note well: human adversaries are not new in Transformers continuity.

While the series is not a sequel to the live-action movie, they have many thematic elements in common, most notably the central role of the AllSpark and the revelation that all modern technology has been reverse-engineered from the dormant body of Megatron. Hasbro also carried over some design elements from the live-action movie into Animated designs, including not just the aforementioned cube but also Ratchet's medical readout striped deco, Bumblebee's black racing stripe, and Megatron's helmet. These are meant to be "connection points," helping kids who had seen the theatrical film but had no prior Transformers experience ease into understanding the new series.

The series also includes many elements and homages to prior Transformers series. Most conspicuously, it has many parallels to Generation One character designs, personalities, and major characteristics; Shockwave, Arcee and Blurr are even voiced by the same voice actors as their G1 analogues. Beast Wars gets nods in the form of the inclusion of new versions/homages of Blackarachnia and Waspinator, plus the overall plot structure: the main war is over, the good guys won, but now a small team of heroes never meant for combat roles must go up against an upstart cell of villains led by a charismatic rogue.

Though fans initially thought the series would be a repeat of the disastrous Unicron Trilogy, Transformers Animated is now considered among the best examples of Transformers writing along with Beast Wars and Generation One.[citation needed]

There are some talented people working on this show. Among the more prominent-

A single DVD containing the three-part premier Transform and Roll Out! and two unaired shorts. Has Full Screen video and stereo sound in English and Spanish. A Target exclusive version contains a second disc with Home Is Where the Spark Is.

A two-disc set containing the complete first season, from Home is Where the Spark Is to Megatron Rising Part II.

A two-disc set containing the complete second season, from The Elite Guard to A Bridge Too Close Part II. It also contains the two shorts Mocking Megatron and Explosive Punch.

A comic adaptation of the series was published by IDW Publishing starting in January 2008. The book used cartoon screen captures arranged in comic book style panels.

Transformers Animated debuted January 5, 2008, at 10:30am EST as the number one television show among boys 6-11 in both cable and network television. In addition, the strength of the showing helped lift the ratings of all its neighboring shows in Cartoon Network's "Dynamite Action" scheduling block. [1]

The immediate response to the earliest promotional materials from the online fandom was the painfully traditional one, with an added dash of overblown paranoia that the franchise would be far too "kid-oriented" for longtime fans to enjoy, based on nothing more than its artistic style. Attitudes took an eyebrow-raisingly sharp turn with the premiere of the first footage from the show at the San Diego Comic Con and Hasbro's presentation at BotCon 2007, and after the debut of the show, it was essentially only the most ardent "already-made-up-their-mind-to-hate-it" viewers who were speaking ill. In particular, many fears were alleviated with the airing of The Thrill of the Hunt, which involved Ratchet savagely beating Lockdown for revenge, Ratchet coping with the loss of Arcee's memories, and a look at the horrors of war. This unusual level of maturity let many fans warm up to the new series.

The aforementioned ability of the series to carry on story arcs for multiple episodes and, in many cases, for an entire season also lends itself to enjoyment by older viewers. Multiple plot lines run simultaneously and are not resolved within a single episode, allowing a deeper, more intricate story than previous Transformers series. The return of Megatron took up most of season one, and the construction of the space bridge and the revelation of the identity of the Decepticon traitor among the Autobots unfolded throughout the second season, while the mystery of Sari's origin has been hinted at throughout the entire series. 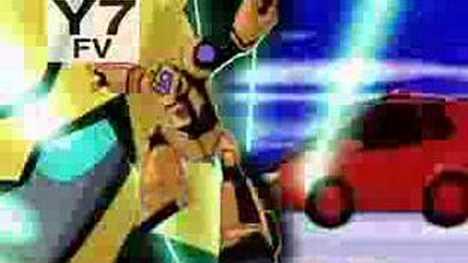 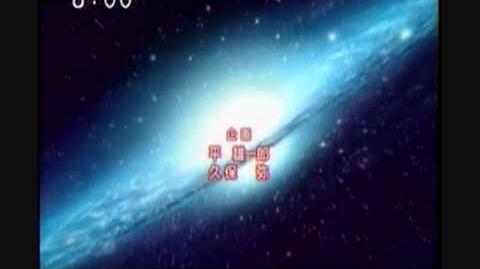