The name or term Universe refers to more than one character or idea. For a list of other meanings, see Universe (disambiguation). 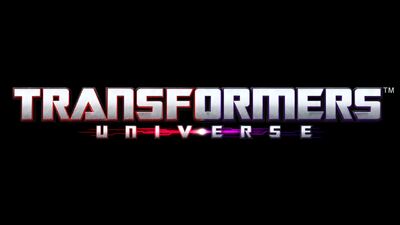 The game is set to be released in North America, Latin America, Europe, New Zealand and Australia in Late 2013.

Gameplay will be a third person shooter, like other Transformer games. It will also be faction-based, with players joining either the Autobots or Decepticons, and creating their own transformer which they can level up through PvP, PvE and quests. The storyline will be somewhat based on the Transformers: Prime continuity. The Game will be playable in a browser (Internet explorer, Google Chrome and Firefox have been confirmed). The game's starting point is on Earth which is also the likely battleground for Autobots and Decepticons. Other locations may be included after the game is released, such as Cybertron. The main currency of the game is Energon, which can be harvested and earned in game to buy new weapons and other items. Considering the game is free to play, Jagex developers may also make Energon available for commercial purchase, as well as other classes, weapons, armor upgrades, etc.

Currently, the Game is in Beta, and information about the game itself is limited.

Prowl welcomes a new commander and is glad that he joined the Autobots and then offers a fighter to assemble a squad that he'll be commanding.

When leaving base transformer falls into one of the abandoned cities where can produce vigoron kill terrorcons and destroy enemy guns. The strength of the enemies depends on the number of simultaneously available on the card players.

Collect a team of several players and sent to one of the locations where it meets another team of the same size. Transformers battle, while the players any of the commands will not be defeated by a specified number of times.

On the field fall few energy-rich meteorites, the control above which points every second. Team players are fighting for them, until one team will win 1000 points.

The plot of the missions in this case does not depend on faction. Transformer uses the land-bridge to get into a Ghost town. There it would save a couple Vechtomov, to nurse them and send to the base. Then fighters attacked the enemy's gun and protect her Vechtomov, and then cope with terrorcons.

Retrieved from "https://transformers.fandom.com/wiki/Transformers:_Universe_(game)?oldid=431051"
Community content is available under CC-BY-SA unless otherwise noted.