Transformers: Car Robots (トランスフォーマー カーロボット, Toransufōmā Kā Robotto?) is a 2000 anime television series created by Studio Gallop created to support the Car Robots toyline. Originally the series was not going to be imported from Japan, but when Hasbro scrapped the planned Transtech line at the eleventh hour the Car Robots was imported as Robots in Disguise to fill the void until a new replacement could be designed. Saban adapted the show into English as Transformers: Robots in Disguise, reassigning many Generation 1 character names to give the sense of a hard reboot for the Transformers franchise.

Robots in Disguise was produced and dubbed by Saban Entertainment, and aired from September 2001 to March 2002 (after the premiere of Power Rangers: Wild Force in February). It was something of a return to roots for Transformers fiction, in the sense that many characters transformed into realistic, modern Earth vehicles instead of animals or abstract/futuristic vehicles, as was standard in the Beast Era. It also marked the return of the Autobot faction and sigil for the good guys. (The villains, initially, remained Predacons, though the Decepticons are eventually added to their ranks as well, as a sub-group.)

Animation in the series was cel-based, moving away from the CGI that had been a hallmark of Transformers television series in the US since 1996. It features many standard anime light-comedy stylings, and is replete with overdone facial expressions, comic effects like bubbles surrounding a character's head to signify confusion or consternation, and the traditional streaked background behind the character for high-action shots or stock footage transformation/attack sequences.

Takara at the time tended to aim their Transformers line and its fiction at younger audiences than Hasbro, resulting in a more light-hearted, comedic tone overall. Storylines were typically light or goofy and sometimes relied on bad jokes, absurd imagery and slapstick. Many fans appreciated the series' humorous approach, and others did not, but comic foil Sky-Byte became a fan-favorite character.

Most of the voice actors, though veterans of other Saban properties (basically, everyone from Digimon), had never worked on a Transformers series before--with the conspicuous exception of Michael McConnohie, one of the series voice directors and himself the voice of Hot Shot; McConnohie had provided voice talent for Cosmos and Tracks in the original The Transformers cartoon.

All 39 episodes were scheduled to run during the afternoon Fox Kids programming block on the Fox television network. The third episode, "Bullet Train to the Rescue", was scheduled to air on September 11, 2001, but was preempted in most areas because of the terrorist attacks in America that day. Areas where "Fox Kids" was aired on a secondary station (like KDFI 27 in Dallas/Fort Worth, TX) aired the episode that day. Later episodes were re-edited to remove scenes that might be jarring to a newly sensitive viewing public, causing these episodes to air out-of-order. Other episodes were cut entirely and were not seen in the US. Disney now owns the cartoon through their acquisition of Saban.

The Predacons attack (a just-slightly futuristic) Earth and kidnap a famous scientist. The Autobots, who'd already established themselves in secret on Earth are ready for them and together with the scientist's son, Koji, fight to stop the Predacons from finding the ancient hidden secret they've come to Earth to claim.

Connections to other fiction

The Robots in Disguise cartoon was the first total reboot of Transformers fiction. As the first official material not set in any Generation One universe it established the first alternate Continuity family in the line's history. Many episodes of Robots in Disguise featured references to characters and events from earlier Transformers series. These were typically not written by the dub team but, rather, were added by Hasbro employee Andrew Frankel after the scripts were submitted to the company for broadcast approval. These "easter egg" continuity references lead some fans to speculate on possible connections between the Robots in Disguise universe and previous franchises; but this died down as the series progressed, as the fact remains that despite these easter egg references, much of the Robots in Disguise's story is too different from any existing Generation One universe for it to fit well together.

Despite the fact that nothing even close to it is mentioned in the show itself, persistent online rumors claimed that early Japanese material or supplemental magazine information established Optimus Prime's crew in Robots in Disguise as a "Dimensional Patrol" that followed the Predacons either back-in-time or from another universe. Such ideas were likely a part of the struggle to connect the show to the G1 continuity family by those who disliked the, at the time very new, idea of a hard reboot.

All of this got turned on its head in 2006, however, when TakaraTomy initiated a super-special awesome retcon. Through online timelines and flowcharts, and more detailed printed material from the Kiss Players franchise, Car Robots was retroactively established as part of the Japanese Generation One animated continuity, occurring in the year 2000. Broadly speaking, this was accomplished by exploiting the unresolved ending of a G1-based manga published in Super Robot Magazine, which had the majority of Transformers on Earth leave the planet and/or get lost in space in the late 90s, allowing Car Robots to slip in with minimal opposition. Most connections between Car Robots and other aspects of the fiction center on Fortress Maximus, who was tied into important events from Robot Masters, Kiss Players and The Headmasters. And regardless of whether or not that "Dimensional Patrol" stuff was true back when it first arose, that terminology was used in the timelines, making it official now.

Robots in Disguise, mind you, remains unconnected to the Western Generation One universe, and is still a separate continuity family there. And that's despite the fact RID contains more references to the G1verse than the original (and now in G1 continuity) Car Robot show because of the aforementioned easter eggs. Your head can start to hurt now! 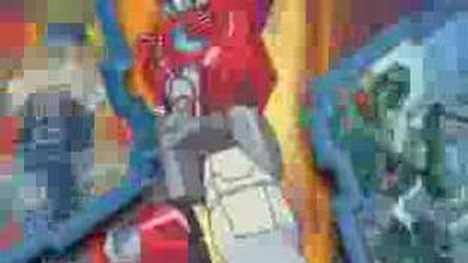 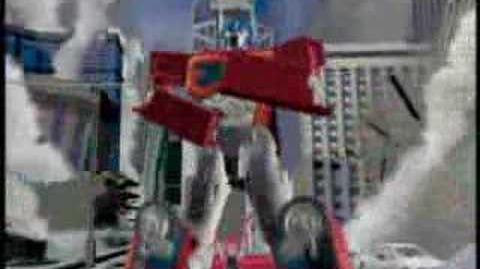 Transformers Car Robot Intro
Add a photo to this gallery

Retrieved from "https://transformers.fandom.com/wiki/Transformers:_Car_Robots?oldid=460729"
Community content is available under CC-BY-SA unless otherwise noted.