Teletraan I: The Transformers Wiki
Register
Don't have an account?
Sign In
Advertisement
in: Decepticons, Transformers Robots in Disguise 2015 Decepticon, Characters,
and 5 more

"Sorry to keep you waiting Dinobot but now it's time for you to walk the plank."
―Thermidor to Grimlock. [src]

Thermidor is a lobster-like pirate Decepticon and one member of Clawtrap's team. It appears that Clawtrap stole Thermidor's ship.

In Strongarm's Big Score, Thermidor was present with Paralon in the dark when Scatterspike and Sawtooth returned to the Scavenger's ship.

In Pretzel Logic, Thermidor teamed with Tricerashot and went in search of a relic, which he secretly intended to retake command of his chip from Clawtrap. He located the relic in a cave, only to come up against the formidable team of Grimlock and Brother Gunter. When the rest of Team Bee arrived, Thermidor and Tricerashot fled by road. Discovering that their GroundBridge was temporarily out, Thermidor thought it would be a good idea to make a diversion by threatening to bring down a ski lift full of people, however he was neatly defeated by Grimlock. He and Tricerashot were dragged back through a GroundBridge portal by Clawtrap, minus the relic.

In Mighty Big Trouble, Thermidor and the other Scavengers tracked a signal to an automated vessel, where they found the Dark Star Saber, only for the Mini-Cons to run off in their sub-orbital craft, and for Starscream to arrive and claim the sword, using it to sweep them all into the sea.

In Mini-Con Madness, with some of the relics they'd recovered, the scavengers were able to hold their own, especially when Thermidor discovered his relic could create energy shields. The scavengers finally managed to trap the Autobots in a net, only for Starscream to swoop in and snatch up the Mini-Cons.

In Worthy, Thermidor attempted to claim Optimus's Prime Decepticon Hunter, but only succeeded in shorting out the energy net. With some help from Tricerashot, the Autobots defeated the scavengers and they were placed in restraints by Strongarm. 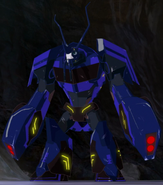 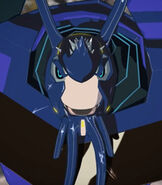 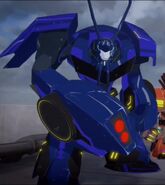 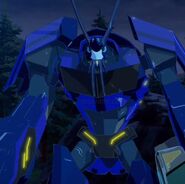