Teletraan I: The Transformers Wiki
Register
Don't have an account?
Sign In
Advertisement
in: Episode Stubs, Beast Wars

Theft of the Golden Disk

A gang of Predacons plot a heist that will ultimately impact time itself...

In his secret lair, Cryotek waxes over the genius of the plan to steal valuable data revealing the location of the Golden Disk... after all, it was his plan. He dispatches his agents in groups to carry it out, including his star pupil Megatron, who is under strict orders that only Cryotek is to decode the location data from the files Megatron is to steal.

Later, at a Maximal power plant, "Scorponok" is planting time-bombs, but is interrupted by a security guard. The guard is interrupted by Backslash, who stabs the guard from behind with an energon blade, then admonishes Scorponok's sloppiness.

At the Maximal archives, Megatron, "Dinobot" and Dirge wait on the rooftops for the reports from the other two teams.

At Predacon Transwarp Research Center D-F, "Terrorsaur", "Waspinator" and Buzzbomb bust in and completely shoot up the joint in order to secure a getaway ship.

Back at the power plant, Backslash finds himself held at gunpoint by a Maximal security officer while setting his own bombs. He's observed from a safe distance by Scorponok, who laughs at his partner's predicament before remote-activating the explosives, killing Backslash, the guard, and shutting off power to a major portion of Cybertron.

With power down and the security system for the archives shut off, Megatron and Dinobot make their descent. A security guard, spooked by the creepy statues, is snared by Dinobot and smashed into a wall. The two Predacons make their way to a data storage chamber, and Megatron pulls out a large datacard, placing it in a storage box of its own. With a puff of air, a tracking bug fires from the archive's storage shelf, attaching itself to Megatron. Against Cryotek's orders, the container records and transmits the information to "Tarantulas", who cackles with glee as he begins to interpret the data. Dinobot plants his own time bomb in the archive...

Power is re-routed to the city. In the Predacon hangar, Waspinator and Terrorsaur mop up the last of the resistance, including Cryotek's lackey, Buzzbomb.

Megatron and Dinobot make their exit, only to find themselves facing down numerous Maximal Command Security Force members. Dinobot leaps into the air, throwing the datacard container high into the air, where it is snagged by Dirge, who rockets off at speed. Megatron and Dinobot fight their separate ways through the security forces, Dinobot scraping his way down the building's side before facing off against the MaxCop commander 9K. The two rush at each other...

Dirge returns to Cryotek with the container. Cryotek smiles in anticipation, and when asked about the Maximals, reveals that he was the one who alerted them to the theft. After all, someone had to take the fall for the heist... and as fond as he was of Megatron, not only was he replaceable, but he knew his pupil would doublecross him sooner or later. Cryotek discovers that "sooner" was sooner than he anticipated, as the storage box is empty, containing only the tracking bug from the archives. As floodlights bathe the chamber in harsh light and MaxCops swarm in, Cryotek screams his pupil's name in rage...

...and elsewhere on the planet, Megatron, Dinobot and Scorponok make their way to the chamber that holds the Golden Disk...

Note: The events of this story lead directly into Dawn of Future's Past.

"I wish to speak to my lawyer."

-- Cryotek, right after the closing credits 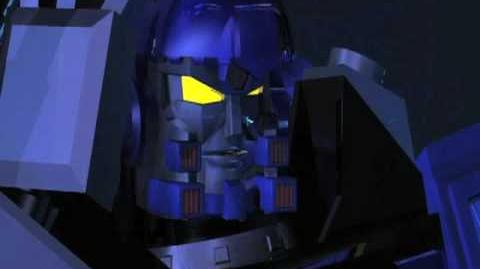 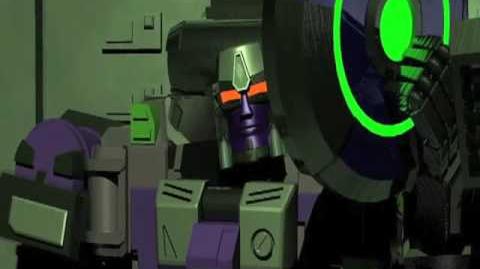 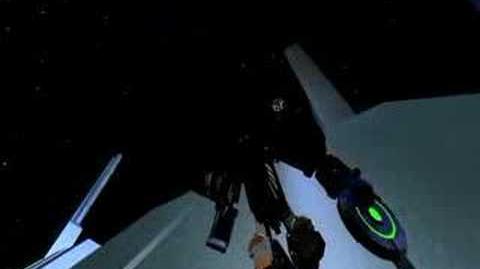