I wouldn't bet the rent on that. 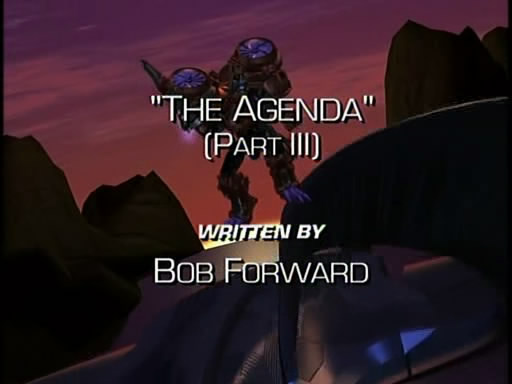 I love this episode but one thing bugged me about it the death of Optimus Prime would not have cause the Decepticons to win, Optimus died in the Movie and Rodimus took over HE DESTROYED UNICRON, HE RETURNED CYBERTRON TO THE AUTOBOTS, HE FORCED THE DECEPTICONS INTO THEIR "POST MOVIE" STATE. If anything the Matrix would have been given to Jazz, Prowl or Ironhide once they reactivated in 1984 and one of them would have lead the Autobots (or Ultra Magnus, if the others could contact him) Granted most people dislike Rodimus Prime but he was a Prime and did all of the things I listed, Optimus only did the following, held the line from ? million years ago - 4 million years ago,held the line from 1984-2005, got the humans to side with him, only damaged Megatron (who lived, Megatron killed Optimus)In fact none of the Ark based Bots really stopped the Cons, most of them died in the movie (Ironhide, Ratchet, Brawn, Prowl, Windcharger, Wheeljack, Optimus Prime, Huffer, maybe Sideswipe, Sunstreaker, Smokescreen, Tracks, Gears, Cliffjumper, Trailbreaker, Inferno, Red Alert; none of them show up after the movie) Beast Wars Megatron should have destroyed the following, The cave that the Dinosaur bones used to make the Dinobots, Starscream, I know the G1 show ended with the Headmasters in the US and with only 3 episodes so did Optimus Prime do more after he came back from the dead (like in the Japanese Headmasters)? 156.33.195.254 22:15, November 30, 2012 (UTC)

During the flashback scene aboard the Ark, it looks like Ratchet is piloting the ship along with Ironhide. Shouldn't he be listed as appearing? TheUnknown285 (talk) 04:27, November 15, 2014 (UTC)

Retrieved from "https://transformers.fandom.com/wiki/Talk:The_Agenda_(Part_III)?oldid=405429"
Community content is available under CC-BY-SA unless otherwise noted.