Back to page
View source

Can people stop adding Grindor to the cast because its Blackout who features in Revenege of the Fallen, Michael Bay has even confirmed he named him Grindor because its his new name after his ressurection. Plo Koon 1 15:13 29 June 2009 (UTC)

What is up with this page? Seriously, I'm not going to watch that piece of shit film, but is Grindor the same character as Blackout or not? Also, if Plo could stop removing swathes of information needlessly, that'd be really awesome. Way to go, guy. Way to go. Jeep!

To be honest, I stopped caring awhile ago. Let's just say Blackout is in the first film, Grindor is in the second, and both of them bit the dust. Xeno the Hedgehog 19:40, 8 July 2009 (UTC) 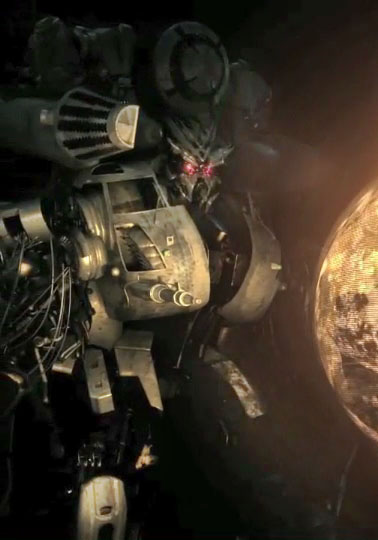 remeber when prime riped his face in half why did prime go mortal kombat on grindor/blackout?

remember when prime ripped his face in half why did prime go mortal kombat on grindor/blackout?

In the trivia part of Grindor's article, it says that he gets to fight Optimus, but that's pretty much available in every theather, not just IMAX.--Jaichigo 18:49, 10 August 2009 (UTC)Jaichigo

Robots are machines too.

It would appear that the transformers have clones, as in Blackout/Grindor. In the ROTF game, Grindor is refereed to only as grindor even though he is almost identical to blackout in every way. It is also possible Grindor is a different helicopter than blackout,(same manufacturer, but different model), I might be wrong but they look slightly different, perhaps it is a newer version. On that note the video game lists Grindor as a "Super Stallion" and not an "MX-53"

Also remember the scene in the Nemisis(ROTF movie), the decepticons appear to grow/build new transformers. Keeping that in mind, it is possible that the transformers manufacture new bots for their own faction. It that is true then there may be a "mold" as to which protoforms are "copied"

Bay confirmed that Blackout was third in command of the deceoticons, so who put that Grindor was also.

NO, Dreamworks have confirmed its Blackout in Revenge of the Fallen, don't listen to someone who creates the toys, by the way Grindor is not third in command its BLACKOUT. GOW47 20:35, July 4, 2011 (UTC)

I thought we'd seen the end of this argument. I don't know where you're getting your information from, but Revenge of the Fallen was a Paramount film; Dreamworks wasn't even involved. Xeno the Hedgehog 05:39, July 5, 2011 (UTC)

Does Grindor have the same alt-mode as Blackout? The article says he is a Super Stallion helicopter, but his toy is a Pavelow helicopter, like Blackout. Are the two helicopters the same? Teh lolz! Bionicle+Lotr 00:20, September 30, 2009 (UTC)

I think the page has make it clear: Grindor is a Super Stallion in the film, but he is a Pavelow in toyline, since I don't think Hasbro would spend extra cost to remold Blackout's toy. --TX55TALK 06:08, September 30, 2009 (UTC)

In the IMAX version of ROTF just as Grindor has finished attacking Optimus, Blackout's Pave low bulb can be seen in the left hand corner of the armour check out the video and pause at 0:11 —The preceding unsigned comment was added by Plo Koon 1 (talk • contribs). 18:22, 2009 October 28

If you pause at 0:15 on the same video i uploaded you can see Blackout's star logo on his left arm just as Grindor moves his arm at 0:15 or just before you play the video you can see it that way, Look Closely Thanks Plo Koon 1