Start a Wiki
The name or term Shockwave refers to more than one character or idea. For a list of other meanings, see Shockwave (disambiguation).

Shockwave is a Decepticon from the TransTech continuity.

Shockwave is a morally ambiguous being who works in the Menacing and Foreboding Sciences Division of the Axiom Nexus military. He's backed up by a cadre of utterly silent transtech guards. He's a very serious-minded figure who dissects people for the greater good, under the command of the Tau Megatron.

He never wants to speak of meeting the Transformers Animated cast ever again.

Bee in the City

When Optimus Prime, Bumblebee, and Sari Sumdac arrived in his dimension, he arrested Optimus and Sari for being a Prime and having a MacGuffin, respectively, which are forbidden in Axiom Nexus. He apprehended the key for a while until Bumblebee, Flareup, and "Joe" came to the rescue. However, "Joe" was actually Megatron, who was planning to steal the key and use it for his own twisted purposes. After being defeated by Megatron and his army, telling them the downsides of Cybertronian life, and giving back the key, he used his proper authority to place the trio back into their own dimension and swore to never speak of this again! Bee in the City 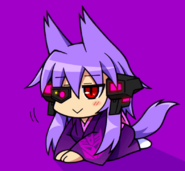 Add a photo to this gallery
Retrieved from "https://transformers.fandom.com/wiki/Shockwave_(TransTech)?oldid=460506"
Community content is available under CC-BY-SA unless otherwise noted.