Teletraan I: The Transformers Wiki
Register
Don't have an account?
Sign In
Advertisement
in: Prime (Tyran)/707.04 Delta

The Seven Primes were the first Cybertronians created by the All Spark. They formed the Dynasty of Primes and became the original rulers of the planet Cybertron. However, one of their own betrayed the rest of other Primes.

"The Matrix of Leadership is not found. It is earned."
―One of the Seven Primes[[Revenge of the Fallen| [src]]]

The Seven Primes scattered throughout the galaxy, looking for planets where they could build Solar Harvesters. These Solar Harvesters, powered by the Matrix of Leadership, were capable of harvesting a sun's energy to produce Energon. The Dynasty of Primes had only one rule: Solar Harvesters were not to be used on worlds containing life.

However, one of the Seven Primes, Megatronus Prime, later known as The Fallen, violated the rule, deciding to use the Solar Harvester on Earth. The remaining Primes battled The Fallen and took the Matrix. They sacrificed their life by merging their bodies together hiding the Matrix in the tomb.

Thousands of years later, they resurrect Sam Witwicky after Megatron kills him and grant him the Matrix which he has earned, enabling him to resurrect Optimus Prime who kills the Fallen later on after Jolt combines Jetfire and Optimus Prime. Transformers: Revenge of the Fallen 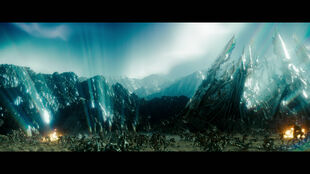 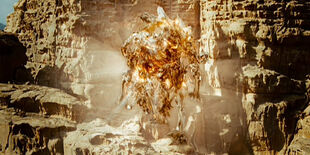