Get ready to crumble, before RUMBLE!Rumble's battle cry

Rumble is one of Soundwave's Mini-Con minions. He loves to make rumblings which causes even the strongest foes to fall. He is also stored in Soundwave's chest along with 3 other Mini-Cons (Laserbeak, Frenzy, Ravage). Soundwave sends him on missions that usually he is to busy to do.

Soundwave sent Rumble and Frenzy to search for the Matrix of Leadership in Crystal City. Afterwards they attended Megatron and Orion Pax's hearing with the High Council.

Following the defeat of Zeta Prime in the Iacon Vaults, the Autobot leader was transferred to Kaon prison facility where he was tortured by Soundwave. In the hopes of luring Optimus to Kaon, Megatron and Soundwave orchestrated events that allowed Zeta Prime to send a message to the Autobots revealing of his survival. Even though the Autobots recognized it for the trap it was, Optimus nevertheless led Bumblebee and Sidewipe allowing themselves to be captured and briefly imprisoned. They broke free, releasing all of the other Autobots in the prison and fought their way to Soundwave's laboratory. Soundwave protected himself behind an impenetrable forcefield and unleashed Rumble, Frenzy, and Laserbeak upon the Autobots. Any attempt by Optimus and his team to free Zeta was met with a gleeful attack by Rumble and his compatriots. However, when they received damage, Soundwave was forced to leave his protective shield to administer repairs, leaving him open to attack. Eventually, Soundwave and his minions were overwhelmed and had to retreat but not before mortally wounding Zeta Prime.

Rumble was sneaking around Autobot City, and when shot by Optimus Prime, angrily yelled "lucky shot" before retreating. He then assisted Soundwave in his efforts to rebuild and revive Megatron, putting the Decepticon leader's new head into the assembly machine. He subsequently handed the reborn Megatron a Riot Cannon. Later, he could be seen torturing Autobots with Frenzy as Decepticon troopers cheered them on. As Megatron walked by, he called to the little 'bot to "show no mercy". Later still, Rumble fought during the Decepticon assault on the Ark, destroying obstructions and helping his master fell enemies. 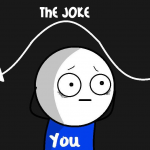 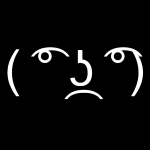