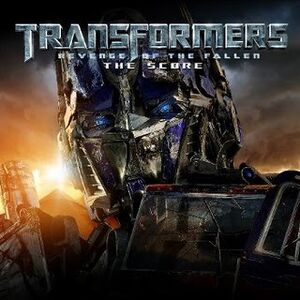 Transformers: Revenge of the Fallen: The Score is the album containing all of the original instrumental music composed by Steve Jablonsky for the second live-action Transformers movie. It was released the twelfth of June 2009, the same month as the film's release.

Retrieved from "https://transformers.fandom.com/wiki/Revenge_of_the_Fallen:_The_Score?oldid=431378"
Community content is available under CC-BY-SA unless otherwise noted.