Teletraan I: The Transformers Wiki
Register
Don't have an account?
Sign In
in: Cybertronian, Characters, Decepticons,
and 4 more

Rampart is a Decepticon who appears in Transformers: Universe. 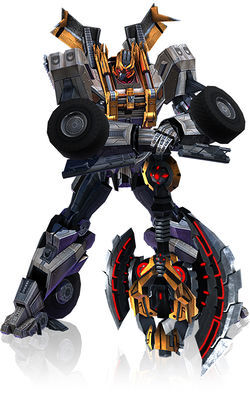 Rampart is a walking fortress, made up of layers of armor bolted onto his already considerable superstructure. Armed with weaponry as mean-looking as he is, there isn't an Autobot out there who could get past Megatron's own personal Fort Knox. Indeed, rumour has it anyone who even challenges Rampart meets a painful end.

Rampart was part of the crew of the Leviathan when it shot down the Autobot ship Arclight over Central City. He and the other Decepticons on board went on to engage in a number of battles against the surviving Autobots in a number of places around the world.