Prime is a rank of highest possible distinction on Cybertron. The original had their power flowing through their very CNA. Currently their power is something that is bestowed only to those that carry the Matrix of Leadership.

Following the War of the Original Thirteen Primes, the Covenant of Primus decreed there would only be one Prime ruling Cybertron at a time. It was technically Primus's right to appoint the Prime and bestow them the Matrix, but gradually his children became ignorant of his presence. It almost seems Sentinel Prime was the only Prime between the Age of the Primes and Optimus, as he fought off the Quintessons, established the Golden Age and tried to combat its decline by establishing the caste system, to Alpha Trion's displeasure. Sentinel was unworthy of the Matrix, and the Coresaid it was only after his death that Optimus could receive it for being a Prime was not a status Trion or the High Council could grant. The civil war began and continues as Megatron and Starscream both want to be Prime and bear the Matrix.

The High Council declares they exist to choose the Primes, and seemingly referencing the Thirteen, note they have watched as many Primes fell to their greed and pride.

Megatron traveled to Cybertron with Dreadwing to visit a tomb known to hold the remains of a Prime. He severed the arm of the Prime and attached it to his own body to gain control of the Forge of Solus Prime. With the Forge, he crafted the Dark Star Saber.

As he prepared to sacrifice himself to restore the AllSpark to the core of Cybertron, Optimus Prime told his team members that, although they may not technically be Primes, he believed that they had each demonstrated the worth of a Prime in the recent conflict against Unicron.

The Thirteen Primes had a personal mystic plane of existence known as the Realm of the Primes. After becoming one with the AllSpark, Optimus Prime trained here in preparation for a coming threat to both Earth and Cybertron.

When the threat, the return of Megatronus, came, Micronus took Optimus to consult the other Primes on their next course of action. Though the other Primes thought that Optimus's training was not complete, Optimus convinced them to give him their power and send him to Earth to deal with Megatronus immediately. 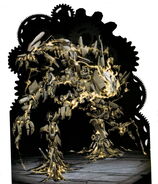 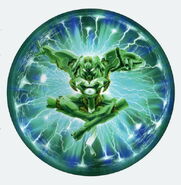 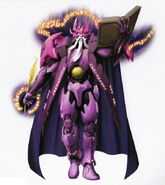 Prima
Add a photo to this gallery
Retrieved from "https://transformers.fandom.com/wiki/Prime_(rank)?oldid=459585"
Community content is available under CC-BY-SA unless otherwise noted.