Teletraan I: The Transformers Wiki
Register
Don't have an account?
Sign In
Advertisement
in: Classics characters, Decepticons, Generation 1 characters,
and 4 more
English

View source
This article is about the Generation One Triple-Changer Decepticon. For the Robots in Disguise Commando leader, see Mega-Octane.

The name or term Tankor refers to more than one character or idea. For a list of other meanings, see Tankor (disambiguation).

The Transformers, The Headmasters

Octane is considered vile, even by Decepticon standards. This triple changing bully is a cheat, a liar, and a coward who thinks only of himself and can't be trusted any further than Megatron can throw Devastator. The only reason that this inveterate thief is allowed to continue functioning is that he has an uncanny ability to locate stores of fuel for his fellow Decepticons, and is usually able to spin a fairly convincing excuse for why he was unable to assist them in their latest battle. As annoying and frustrating as he may be to work with, most of his allies will grudgingly admit that he does perform his job as a fuel transport quite well - if he could just get over his annoying habit of making them beg for every drop. 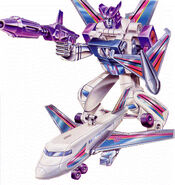 Octane first came to the Autobots' attention while doing what he did best - thinking about himself. When Trypticon had been defeated by Metroplex and hurled into the ocean, it was Octane who first discovered that the giant Decepticon had not been destroyed, but had actually survived his untimely dunk in the water. Five Faces of Darkness, Part 1

What happened next depends on who you believe: Octane tells a tale of great heroism, where he came across the weakened and dying Trypticon and, for the glory of the Decepticon Empire and out of the good of his own heart, nursed the injured giant back to health. Five Faces of Darkness, Part 2

The rest of the world prefer to take a less charitable look at his actions, and claim that Octane merely took advantage of Trypticon to secure himself a source of high-quality energon from the Socialist Democratic Federated Republic of Carbombya. Five Faces of Darkness, Part 3

Whatever his motivation, it was not long before Octane and Trypticon were trading fuel for protection (even going so far as to assault passing cruise ships and then claiming they had been invading sovereign waters, though Trypticon did genuinely believe that they were invading ships). Five Faces of Darkness, Part 4

When that was no longer enough to keep their new landlords happy, Octane quickly came up with a scheme to use Trypticon in stealing all of the world's most important monuments and presenting them as gifts to the nation's leader. That got the attention of Rodimus Prime and the rest of the Autobots, who quickly crashed Octane's party. Worse, Galvatron caught wind of what had been happening, and was not amused with how selfishly Octane had been keeping Trypticon to himself. All the wheeling and dealing in the world failed in the face of Galvatron's rage, and Octane soon found himself ousted from the Decepticons (a fate he shared with his fellow Triple Changer, Blitzwing. Apparently Astrotrain was the only one of them worth keeping). Thief in the Night

Alone and on the run, Octane soon discovered that Galvatron was less than willing to let bygones be bygones. The Decepticon leader had placed a price on Octane's head, and countless bounty hunters and assassins were closing in on him. After a close call on the planet Junk, where he narrowly avoided being blown to pieces, Octane quickly decided to seek asylum with the Autobots. It was here that he met and befriended Sandstorm, a fellow Triple Changer who had recently joined the Autobots after the destruction of his home planet of Paradron. After being attacked by the Combaticons at Autobot City, the pair fled to a space station, where they were assaulted once again by a paid assassin (who was fortunately so incompetent that the two robots barely noticed he was there). Eventually settling on Cybertron, Octane still found no peace, as Cyclonus and the Sweeps tracked him down yet again. Fleeing into the forgotten Decepticon Crypt, Octane stumbled onto the ghost of the most famous Decepticon traitor ever known: Starscream. Quickly realising kindred spirits in each other, the two joined forces in an attempt to let Starscream possess Cyclonus and take over the Decepticons. Needless to say, their coup attempt failed rather miserably, and both traitors found themselves once again fleeing from Galvatron's wrath. Starscream's Ghost, The Ultimate Weapon

Note: Octane is one of the few Decepticons who seems to have no problems dealing with the Autobots. Of course, Octane is so selfish that he likely doesn't care what allegiance somebody is as long as they can help him, but he is still one of the only Decepticons who can claim to have an Autobot for a friend (Starscream might be another, but he and his friend had a bit of a falling out before they switched sides, as did the Constructicons and Omega Supreme)

Octane was one of the many Decepticons left on Cybertron after Megatron's departure. Along with several others, Octane worked for the tyrant Straxus in the giant fortress known as Darkmount. He was regarded as one of Cybertron's deadliest killers, with soldiers like Macabre wanting to be seen as his equal, and considered a key target in Operation: Volcano. Target 2006 When Optimus Prime was accidentally transported back to Cybertron and joined forces with the Wreckers, Octane ran away from them screaming - this is the first sign his rep may be a tad inflated. He reported on the battle to Straxus, greatly over-exaggerating his own role in the battle. Resurrection!

Octane was sent to Earth by Ratbat to investigate the loss of the Carwash of Doom, but when they found the crashed ship they discovered the reason it was lost was because of Scraplets. Infected, he failed to kill Blaster Crater Critters! and would end up saved by accident. The Cure!

Aside from providing valuable background appearances and occasional comic relief, Octane is also worth noting for one important thing: during a battle in the Arctic that had been set up by Starscream, Octane managed to kill the Autobot known as Mirage. Of course, Mirage was up and running again shortly thereafter, so it wasn't even a GOOD killing ("deadliest killer" my arse). Octane's death at the hands of Starscream later that day, however, WAS a good killing and lasted for quite some time. Dark Star!

In 2009 of an alternate future, Octane was stationed at the Decepticon Powerbase when the last seven remaining Autobots staged a raid on it. After Laserbeak cut the rotors of the Autobot Crossblades, Octane and Astrotrain blew him out of the sky. Rhythms of Darkness!

Note: These stories do not fit into the normal Marvel continuity. See Earthforce for details.

Octane ended up on Earth under the command of Shockwave. The Bad Guy's Ball! He helped his boss and the other Triple Changers smack down on Megatron and steal an energon shipment from the other Decepticon leader. Secrets He also joined the raid on Autobot Earthbase, but was cut down in midair when Grimlock hurled his energo-sword through his wing in jet mode. Divide and Conquer! Octane often stole fuel from humans and transported it for the Decepticons - and on the way, he'd have fun trashing human cars and working over the occupants. However, one car (secretly Jazz, trying to end Octane's "games") led him on a merry chase to a military testing ground. These humans could fight back, and Octane - worried a shot in his full fuel tanks would blow him up - called Astrotrain and Blitzwing to help him. They did, until they found out he'd only get there be goofing off on mission, at which point they left him to suffer. (WHY did Macabre want to be like you again?) Manoeuvres!

After Jhiaxus' second-generation Decepticons (led by the treacherous Starscream) attacked and boarded the Warworld, Octane's scrapped body could be seen amongst the casualties.

Octane participated in Shockwave's assault on Iacon shortly after Optronix arose to become Optimus Prime. The War Within

During the Dark Ages, Octane served under Starscream's command as one of the Predacons. The War Within: The Dark Ages When the Decepticons fractured again after the disappearance of the Nemesis, he began working for Shockwave. Octane loved tormenting the pint-sized Decepticon Micromasters, lording over them with his size and rank.

After the Great Shutdown, Octane qualified for Shockwave's re-engineering process, and joined the Triple Changer Strike Force. He traveled to Earth in 2003 under Shockwave and Ultra Magnus' command to collect the "renegade" Autobots and Decepticons who were still fighting the Great War. New World Order They returned to Cybertron, and Octane assumed patrol duty until coming across the Dinobots, who had just crash-landed after arriving from Earth. Sensing weakness, Octane mockingly challenged the woozy travelers, poking them and calling them "primitive".

Slag made an ashtray out of his skull. Cold War

Octane participated in the interrogation of Tobias Muldoon, but did not obviously do anything else in the story. His only line is: "Have they developed flight?" Hearts of Steel issue 2

Octane can transform from a robot to a longnose truck cab with fuel-tanker trailer of undetermined model, and also a Boeing 767 jet plane. The tailfin of the jet form separates to become a shield for robot mode.

Hasbro, apparently being unable to secure the trademark to the name "Octane"[2], rechristened the character "Tankor" for his Universe toy, part of the first wave of Deluxes in the line. Slyly, his bio mentions that he delivers "high octane fuel" to his fellow Decepticons.

This time around, Octane transforms from a heavy cargo plane (possibly a C-130) to a M978 Fueler. He is armed with a serrated "melee blade" weapon, which forms the top of his tanker mode, and the base of his plane mode, and a pair of double-barreled blasters, which mount under his wings in plane mode, and can combine in a Double Targetmaster-style into a "Quad Laser". For truck mode, the instructions and stock photography (seen at right) place the blasters in the exposed robot-mode fist holes at the rear of the vehicle, facing forward, but it seems the intended location for them is the two otherwise-pointless holes on either side of the cab, facing upwards, to serve as smokestacks for the truck. The toy features translucent blue light-piping engineered into the head, but the gimmick is disabled by the eyes being painted red.