Teletraan I: The Transformers Wiki
Register
Don't have an account?
Sign In
Advertisement
in: Males, Decepticons, Cybertronian,
and 5 more 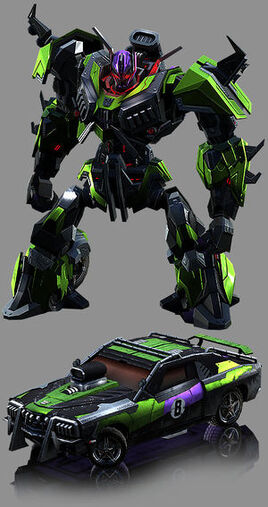 Mismatch is a Decepticon who appears in the game Transformers: Universe.

Mismatch takes a few cues from certain other Decepticons, taking parts from the dead for himself to enhance his slapped together superstructure. A raging brute without any respect for funereal customs, he likes hurting people, even if it means he gets hurt in the process.

Mismatch was part of the crew of the Leviathan when it shot down the Autobot ship Arclight over Central City. He and the other Decepticons on board went on to engage in a number of battles against the surviving Autobots in a number of places around the world.