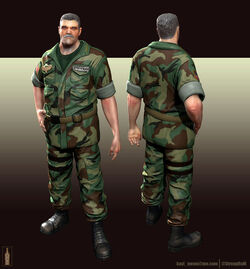 General Freeman is a United States military officer aiding the Autobots in their fight on Earth. He is featured in the game Transformers: Universe.

General Freeman was contacted by Optimus Prime on Earth. He provided the Autobots with a base of operations in exchange for their help battling the Decepticons in Central City.

Retrieved from "https://transformers.fandom.com/wiki/General_Freeman?oldid=461405"
Community content is available under CC-BY-SA unless otherwise noted.