A Force Field Generator is a portable device used to create a force field around the user.

Before the Great War, the force field generator was kept in the Vaults of Iacon, but was hidden on Earth to keep it out of the wrong hands, mainly those of the Decepticons. Millions of years later its location was decoded by "Orion Pax" while he was on board the Nemesis. Knock Out recovered the force field generator and brought it to Megatron. He later used it against Optimus Prime and Arcee. Knock Out was almost successful in using the device to push the two Autobots off a high cliff. It was destroyed by Bulkhead who used the Forge of Solus Prime to destroy the shield. 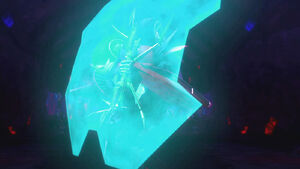 The Field Generator used in a test run. 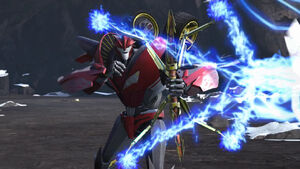 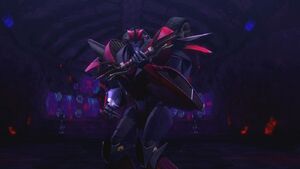 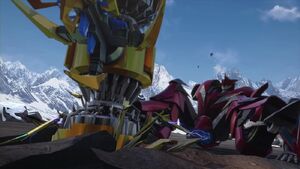 The shield generator's destruction.
Add a photo to this gallery

Retrieved from "https://transformers.fandom.com/wiki/Force_Field_Generator?oldid=447781"
Community content is available under CC-BY-SA unless otherwise noted.