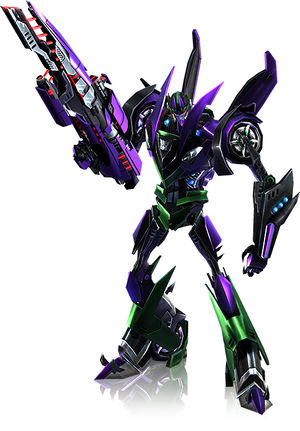 {{Quote|Firebreaker will put a large dent in any Autobot ambition.|.Knock Out FIrebreaker is a Decepticon who appears in Transformers: Universe.

Need a Decepticon who can get the job done, then you need Firebreaker on the job. Specializing in recon, stealth, and hacking, this one-stop-chop-shop will even input damage to himself in order to crush any Autobot ambition.

Firebreaker was part of the crew of the Leviathan when it shot down the Autobot ship Arclight over Central City. He and the other Decepticons on board went on to engage in a number of battles against the surviving Autobots in a number of places around the world.

Retrieved from "https://transformers.fandom.com/wiki/Firebreaker?oldid=447796"
Community content is available under CC-BY-SA unless otherwise noted.