Start a Wiki
Deadheat is a Decepticon who appears in Transformers: Universe. 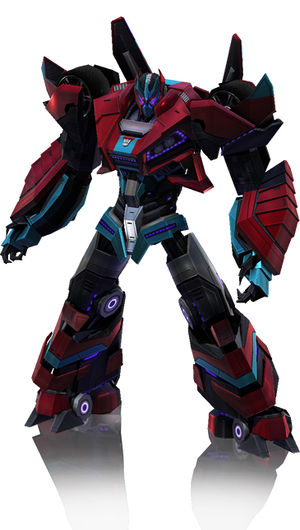 Stylish, deadly, loud, fast. These are the only words that you can truly use to describe Deadheat's core essence. Quicker than the speed of sound, this demon uses edged weapons and laser blasts to get the job done. Outrunning everyone, from Velocitron to Earth, this motion manipulator still believes in giving his opposition some chance to face him even as he pushes himself towards his limits.

Deadheat was part of the crew of the Leviathan when it shot down the Autobot ship Arclight over Central City. He and the other Decepticons on board went on to engage in a number of battles against the surviving Autobots in a number of places around the world.

Retrieved from "https://transformers.fandom.com/wiki/Deadheat?oldid=454792"
Community content is available under CC-BY-SA unless otherwise noted.