The Covenant is a group in the Beast Era continuity family.

The Covenant is a group of ancient robots created by Primus to guard against the Omega Point. Before he became Cybertron, Primus had already conceived his grand plan of trapping Unicron and creating new life to carry on his fight, but he needed to make sure it would work. So, on a small moon, Primus tested his ability to create robotic life. These life forms were the Covenant, charged by their creator to watch over their younger cousins, the Transformers, and to stand ready to join the fight against Unicron at a foretold time known as the Omega Point.

Many members of the Covenant were not named in the original "Reaching the Omega Point" story, though a list of all their members was included with the follow-up comic.

As a result, though all of the Covenant members appear in the BotCon 2000 comic, it's not always clear who is who. There are some members whose identification is blindingly obvious, others who are less certain but still generally agreed upon, and finally, four Covenant members for whom matching a name with a form would essentially be a guess. 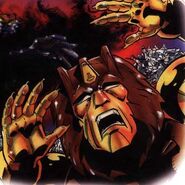 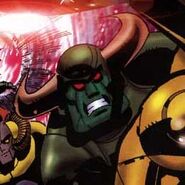 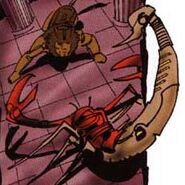 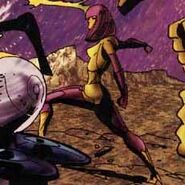 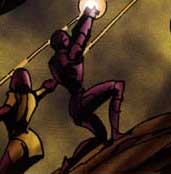 Unknown 4
Add a photo to this gallery

The names of the Covenant members are derived from the Zodiac. No, not that Zodiac, the other one.

Retrieved from "https://transformers.fandom.com/wiki/Covenant?oldid=131099"
Community content is available under CC-BY-SA unless otherwise noted.