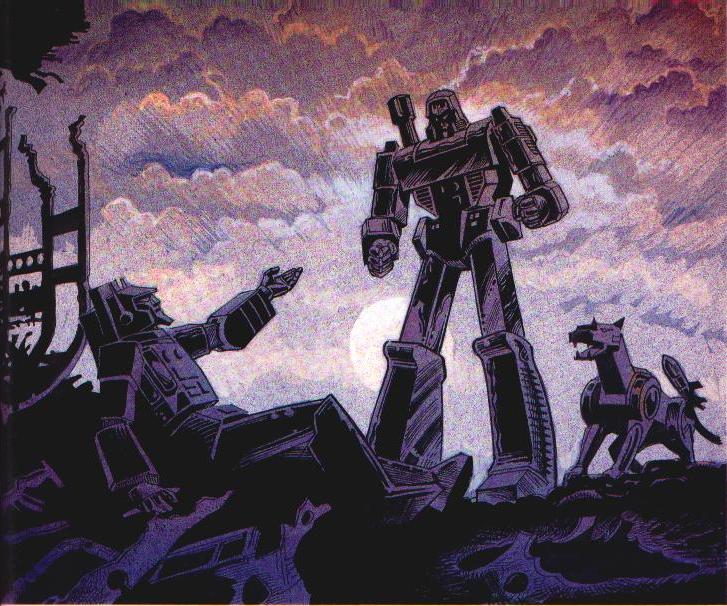 The term given to the leader of Cyberton before the advent of the Autobot/Decepticon Civil War.

Note: Fan speculation used to equate Autobot Overlord as Prime, but State Games specifically refers to Optimus Prime as a normal Autobot. The introduction of Prime being a term used to describe the Autobot Leader came in later stories, essentially retconning State Games as apocryphal.
Retrieved from "https://transformers.fandom.com/wiki/Autobot_Overlord?oldid=165818"
Community content is available under CC-BY-SA unless otherwise noted.