Created at the dawn of time by Primus to battle his ancient foe Unicron, the Thirteen employed many powerful weapons and icons in their battles against him. These came to be known as Artifacts of the Primes. Many of these were artifacts crafted by Solus Prime, the smith of the Thirteen, while others were made by Primus himself. Nearly all of them are now considered the stuff of legends, but sometimes legends have a way of turning up again. 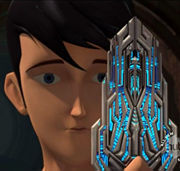 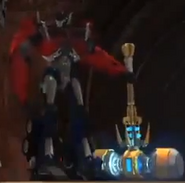 Apex Armor in use

Retrieved from "https://transformers.fandom.com/wiki/Artifacts_of_the_Primes?oldid=446924"
Community content is available under CC-BY-SA unless otherwise noted.